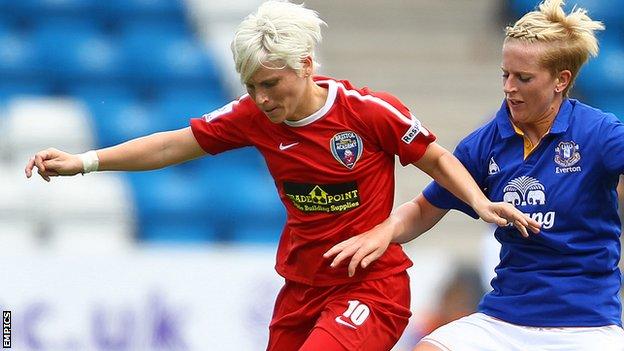 The midfielder had agreed a deal with the Vixens for the 2013 Women's Super League season but opted instead to take up a contract in America.

Seattle play in the National Women's Soccer League - a new eight-team league that will begin in the spring.

Jess Fishlock was the first Welsh Women's international to play professionally abroad when she joined Dutch champions AZ Alkmaar in 2008.

The 26-year-old, who has 66 caps for her country, spent three seasons with Bristol Academy.

She started her career at Cardiff and had spells abroad with AZ Alkmaar in Holland and most recently Melbourne Victory.

Fishlock wrote on her Twitter account: "I would like to thank everyone at Bristol Academy for everything they've done for me, I'm sure I haven't played my last game for them.

"For now I can't wait to get started in Seattle and look forward to meeting my team-mates as and when I get to the States."