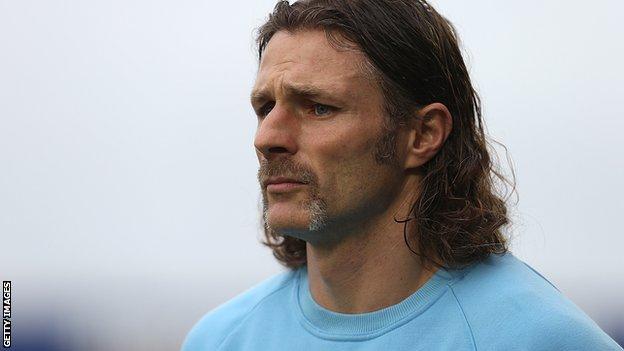 Boss Gareth Ainsworth insists Wycombe's priority remains avoiding relegation, despite a run which has left them just seven points off a play-off position.

He can't be praised enough, the coaching staff as well, but that's how we've grown, as a team and as a squad

"People keep looking above us and seeing who we can catch, I keep looking below us and pushing further and further away from that bottom two.

Tuesday's game was marred by an incident which saw Wycombe goalkeeper Jordan Archer attacked and pushed to the ground by a home supporter shortly before the final whistle, although he was unhurt.

And Ainsworth chose to focus on his pride at the team's display in front of television cameras at Priestfield.

"Their goalkeeper won their man of the match award deservedly, because we could have had two or three goals, maybe even more, " he said.

"I was just a little bit worried because we hadn't played for 16 days and we might have been a tiny bit rusty, but once again the passion, the drive and the energy were awesome, but that's a given now.

"I keep saying we're not going to win every game, and we won't, but we'll win more than we lose if we keep playing like that."

Captain Dave Winfield said the performance provided further evidence of how much Ainsworth had improved the squad since taking charge last November.

"I say it every time, he can't be praised enough, the coaching staff as well, but that's how we've grown, as a team and as a squad," said Winfield.