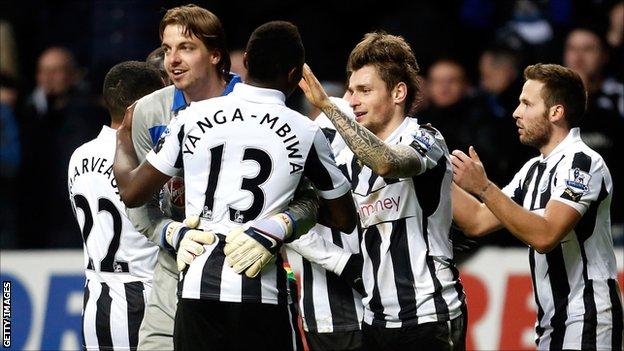 United brought in five senior players during the window, all French, and their arrival was followed by back-to-back victories in the Premier League.

"It can go either way with signings, it normally takes players time to settle but they've mingled straight away."

Yoan Gouffran, Mathieu Debuchy, Mapou Yanga-Mbiwa, Massadio Haidara and Moussa Sissoko were the French imports brought to Tyneside, and the latter, in particular, has earned praise from boss Alan Pardew for his efforts.

The 23-year-old was signed less than a fortnight ago, but impressed in the win over Aston Villa and more significantly against Chelsea, when he scored twice to earn a 3-2 home victory.

"He was incredible, running Ashley Cole down the side and it gives us the confidence that we can create," Krul added.

"Hopefully he'll keep growing because he'll a terrific player for us."