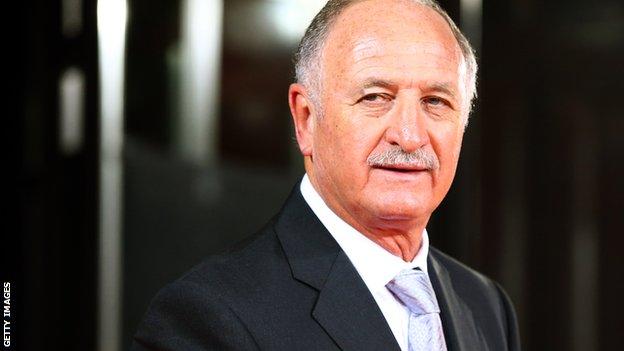 Scolari, who is preparing his country to face England on Wednesday, ruled himself out contention to succeed Sven-Goran Eriksson in 2006.

He turned down the role following what he saw as media intrusion.

"Of course it hurts. It hurts a lot because I would have loved to have been manager of the England national team. Who wouldn't?" said Scolari.

The 64-year-old guided Portugal to the last four at the 2006 World Cup, knocking England out on penalties at the quarter-finals.

"When I was invited to be national coach of England, when we sat together at that time, I still had a contract with the Portugal national team. And I wasn't willing to break that contract," he said.

"It was my duty to fulfil that contract. Imagine in 2006 if we had played together? And I already had a contract with the England national team?"

With his Brazil side set to face England at Wembley on Wednesday night, Scolari hopes the country he nearly managed will qualify for the next World Cup, to be held in his homeland in 2014.

Scolari is set to name a strong side for the first game of his second spell in charge of Brazil, with two-time Fifa World Player of the Year Ronaldinho, Santos striker Neymar and four Premier League players in his squad.