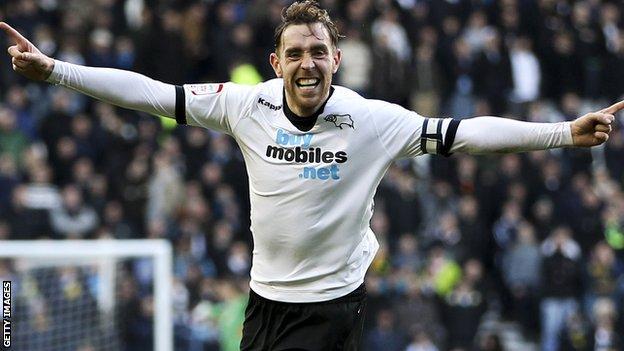 Derby County defender Richard Keogh is excited at the prospect of playing for the Republic of Ireland.

The 26-year-old was included in Giovanni Trapattoni's squad for the friendly against Poland.

Keogh is one of five uncapped players to be named in the squad.

"From a personal point of view it's great that I'm in this squad. I'm really excited to get in there, keep my head down and work hard," he told BBC Radio Derby.

"I think the whole experience of it is going to be fantastic.

"It's only going to keep me confident for Derby and hopefully if I can do well and get some pitch time, it'll be a great achievement."

The Republic currently sit third in World Cup qualifying Group C with six points, four behind leaders Germany but with a game in hand, and a point behind Sweden.

And Keogh says reaching the World Cup is the big priority.

"We got a pretty tough group but I think it's a group we can definitely be involved in, certainly in the top two," the former Irish Under-21 captain added.