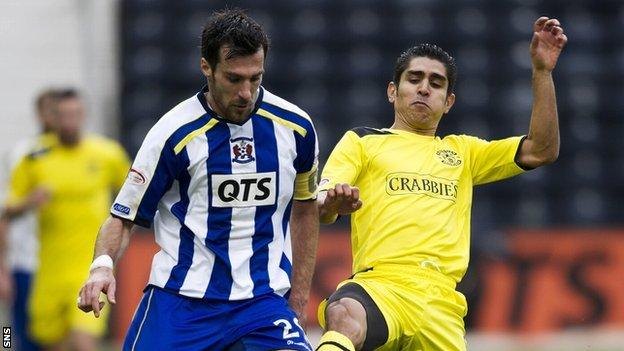 BBC Scotland will broadcast live television coverage of the Scottish Cup quarter-final tie between Kilmarnock at Hibernian at Rugby Park.

In the weekend's other matches Hamilton host Falkirk in an all-First Division tie, while Dens Park hosts a Dundee derby.

And St Mirren and Celtic face each other in a repeat of their recent Scottish League Cup semi-final.

Kilmarnock and Hibs have met twice in the Scottish Premier League this season, with Hibs winning the first match 2-1, and the other ending in a 1-1 draw.

The BBC Sportscene coverage, presented by Rob Maclean, begins at 14:45 GMT on BBC One Scotland and in high-definition.