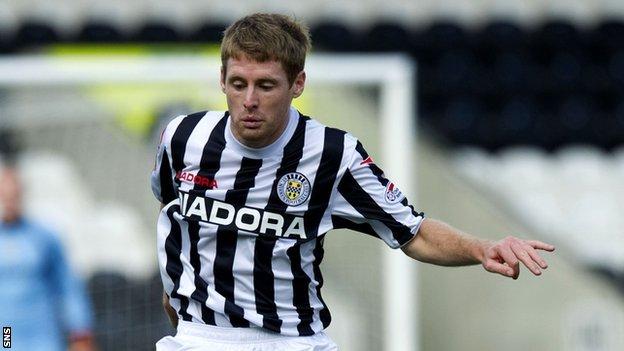 St Mirren defender David van Zanten has signed an extension to his contract with the Paisley club.

The deal came after the Irish full-back triggered a clause in his current deal with his 20th league appearance of the season.

"It has been in my thoughts all season, trying to get to these 20 games as soon as possible," van Zanten told the club's official website.

"I'm really pleased to be spending my ninth season with the club."

Van Zanten is in his second spell with the Buddies after returning the Paisley club in 2010 following stints at Hibernian, Morton and Hamilton.

And the 30-year-old is eager to extend his stay further at St Mirren.

"I would love to continue playing with St Mirren for as long as I can but that basically all depends on my performances.

"So I hope to keep the standard of my performances up to a good level for as long as I can and, if I do, I hope to be with the club for many more years to come."