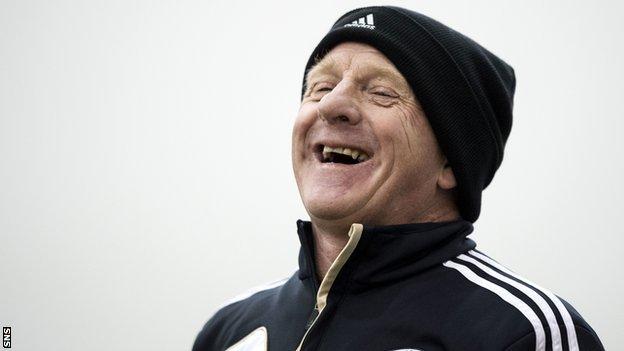 Strachan takes charge of his first Scotland match against Estonia on Wednesday evening.

And Brown, the last man to take Scotland to a major finals, has tipped the side to reach Euro 2016.

"I think there is a great amount of good will towards the team and towards Gordon Strachan and that is a big help," Brown told BBC Radio 5live.

"There's a feeling that it will be a more adventurous team, more attack minded team.

"I think there is a good chance [of qualification] in the next tournament. One of the reasons is because more teams can now qualify.

"There are 53 countries competing in Uefa and literally half of them will qualify and I would like to hope that Scotland will be in that half."

Estonia are the opposition for Strachan's debut as an international manager, with the friendly taking place at Aberdeen's Pittodrie Stadium.

"He has important fixtures coming and, although we are unlikely to get to Brazil for the World Cup [in 2014], we want to finish as high as we can so for the next tournament we are reasonably comfortably seeded," added Dons boss Brown.

"It's a special night in Aberdeen and a special night for the nation because there's keen anticipation of a new year with Gordon Strachan in charge and [assistants] Mark McGhee and Stuart McCall at his side.

"Everyone is upbeat about the national team's success."