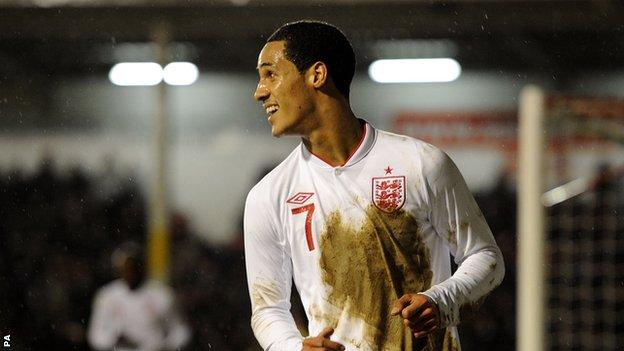 The Blackpool forward slid home the opener before Jonjo Shelvey scored with a half-volley for Stuart Pearce's side.

Ince got his second before half-time with a rebound from Josh McEachran's missed penalty before substitute Connor Wickham headed in late on.

England, who are preparing for this summer's European Under-21 Championship, took the lead in the 10th minute with Ince turning home a cross from Millwall's on-loan Tottenham defender Adam Smith for his first England U21 goal.

Shelvey then headed wide Jordan Henderson's cross but made up for it on the half-hour mark when Ince's deflected shot fell into his path and he struck home from close range.

Ince was then upended in the area before McEachran's spot-kick was saved by Sweden goalkeeper Andreas Linde.

But Reading and Liverpool target Ince put away the rebound with ease as his father, former England international Paul, watched from the stands.

Pearce made a number of changes in the second half and two of them combined late on as Henri Lansbury crossed for Wickham to head past Linde and complete the comfortable win.