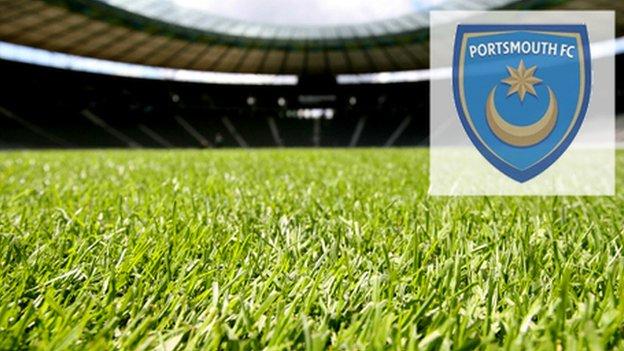 Portsmouth's Liam Walker admitted to having mixed feelings after scoring his first goal in professional football.

The 24-year-old midfielder equalised against Scunthorpe on Tuesday, but it proved to be meaningless following Akpo Sodje's late winner for the home side.

Walker, who signed for Pompey in the summer after impressing while playing for Gibraltar, said he wishes the goal had meant something.

"It would have been nicer if it was worth more," Walker told BBC Solent.

"I'll remember it as my first Pompey goal. It's nice to get on the score sheet finally.

"Hopefully I can score some more and hopefully give points to the team."

Pompey are next to bottom in League One, eight points adrift of Scunthorpe in 20th place, and face the prospect of a 10-point penalty to come for going into administration.

Walker admitted morale in the squad was pretty low and als also revealed caretaker boss Guy Whittingham gave the squad a stern talking to after an indifferent first half.

"I don't think it is a case of attitude. We do give it are all. It's just we weren't playing the right way," he added.

"It seems to be the same story every game, what do we do now?

"Now we have to think about the next game and keep strong at the back."