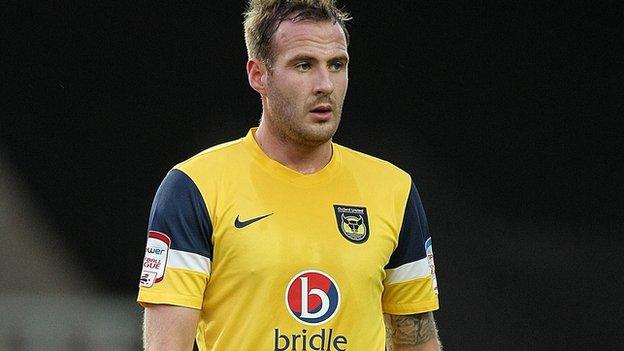 Oxford United midfielder Peter Leven is set to miss the rest of the season after undergoing knee surgery.

The 29-year-old has been a key member of Oxford's squad this season, playing 25 times and scoring six goals.

His last game was against Southend last Saturday and his absence is a blow to the club's play-off aspirations.

Manager Chris Wilder is already without keeper Ryan Clarke and defender Michael Duberry, while Andy Whing and Tom Craddock are only just returning.