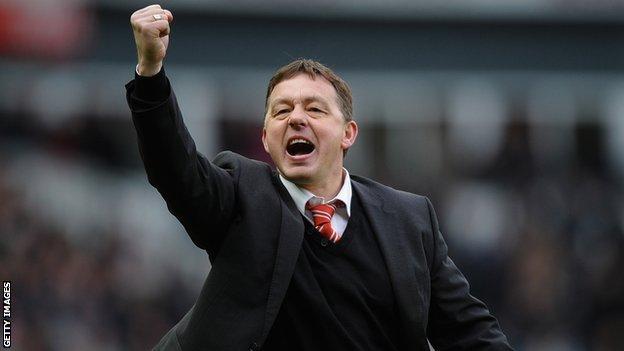 Alex McLeish left Forest on Tuesday after just 40 days in charge and Davies quickly emerged as the overwhelming favourite to succeed his fellow Scot.

The 48-year-old was named Reds boss in January 2009 and led the Championship club to successive play-off campaigns.

He would become the fourth boss to work for Forest's Kuwaiti owners the Al Hasawi family in under seven months.

Davies, who was sacked in June 2011, also held talks with Blackpool over their vacant managerial position but no deal was agreed.

Davies took over after a return to the Championship under Colin Calderwood had produced just four league wins in 25 games. The former Derby County boss led the club to consecutive play-off campaigns, but the Scot fell out with the board regarding a failure to land further targets and departed after a play-off semi-final defeat by Swansea.

A statement on Blackpool's website from chairman Karl Oyston read: "The club met and discussed the manager's position with Billy Davies on Monday evening.

"Contrary to speculation, I can confirm that the meeting concluded with both parties agreeing to speak again on Tuesday. I spoke with Billy on two occasions yesterday and he has decided to follow another opportunity, which is a decision we fully appreciate and understand."

Davies managed Forest between January 2009 and June 2011 and has always maintained he has unfinished business at the City Ground.

Last January, he spoke of his desire to return as manager as the club struggled under then boss Steve Cotterill.

Davies had a troubled relationship with the Forest board during his time at the club, leading to his sacking.

However, the way was cleared for a possible return when McLeish left Forest by mutual consent on Tuesday after just 40 days in charge.

The 54-year-old cited "a difference of understanding of the development strategy" at the club, now owned by the Kuwaiti-based Al Hasawi family, as the reason for his exit.

He said: "I cannot pretend that the last six months or so have been an easy time, either for myself and my family or the club as a whole.

"I know that many of our fans are frustrated. I want them to know that I share their frustrations but I remain as committed as ever to Nottingham Forest.

"The challenge is bigger than I envisaged when we purchased the club last summer but I will do everything I can to bring success and happiness back to the followers of Nottingham Forest.

"We have a strong vision and plan for Nottingham Forest and our willingness to succeed remains undimmed by the disappointments we have experienced in the past six months."