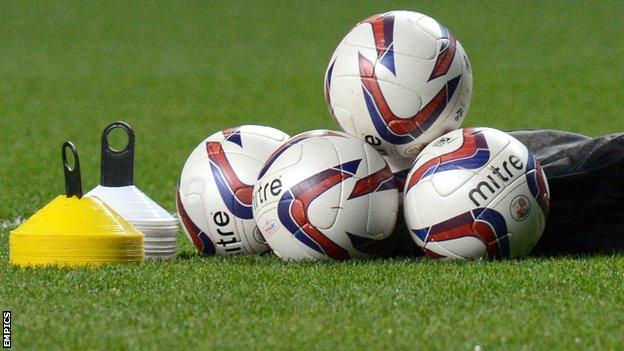 Crawley Town chief Richard Low says they plan to improve their training ground at a cost of up to £1.5m.

The Reds moved to the council-owned Bewbush complex in 2011, but have experienced problems with pitches.

He told BBC Sussex: "We are renting a space from the council and we're having to rent pitches elsewhere. From a business perspective it doesn't work.

"The council want us to sign a longer lease which we're happy to do but there are things we have to sort out."

He continued: "In fairness it is a great training ground, but the downside is you can't use the training pitches as they're waterlogged.

"We want to add a 3G pitch and make that more community-based.

"I want it to be a joint community-based thing as long as the football club gets what it needs."

The League One club are currently in discussions with Sport England and Crawley Borough Council to try and raise funds for the improvements.

"In fairness, £1.5 million for a training ground these days is cheap, but that's because we've got the infrastructure," Low continued.

"The council have done a good job in building us a great building. It's really just about the pitches we want there.

"At the moment the early indication for that is it's coming in between £1.3 and 1.5 million.

"I've got a bit of money to spend from the owners, but I've got to ask for a bit of help from the council."

Meanwhile, Low says manager Richie Barker is content with the reshaping of the playing squad in the transfer window.

Experienced players such as Claude Davis,Michel Kuipers and Gary Alexander all left the Broadfield Stadium to allow Barker to bring in new players.

"When a manager hasn't quite got the players he wants and who work his way.

"I see it as my job to sort that out for him and we are really pleased how January went," said Low.

"We don't see all our players as assets, but Richie highlighted a number of players he wanted us to go and get, and they happened to fit into our wage structure.

"He has now got a team he believes in and he thinks can get where he wants to get. We are all happy."