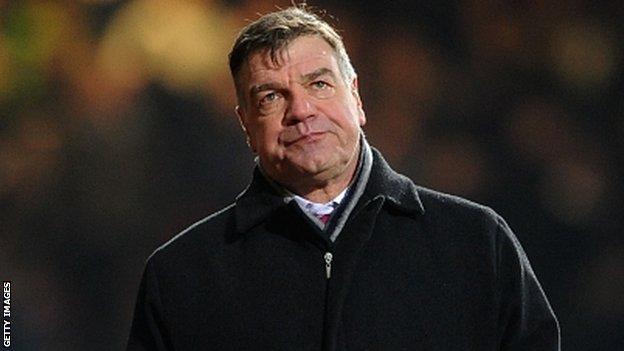 Allardyce claimed United got the benefit of decisions as the home side in the third-round replay at Old Trafford, which West Ham lost 1-0.

The Hammers boss, who denied the charge and wanted a personal hearing, was warned about his future conduct.

Allardyce was unhappy with two penalty decisions that went against his side.

The Hammers were denied a penalty when the ball struck United defender Rafael's arm, only for the hosts to be awarded one when Jordan Spence handled late on.

"The incidents are the same. If you give one you've got to give both, simple as that."