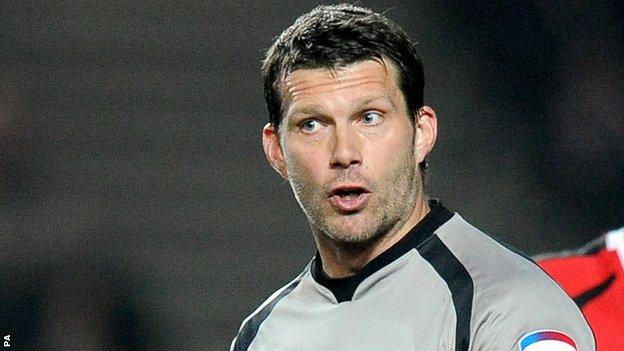 But after only making three more appearances since then, he has ended a 14-year association with the club.

"This has been one of the most difficult decisions I have ever had to make," Walker told the club website.

"This club is very close to my heart and will always be part of me.

"I am at a stage of my career where I need to take stock and consider my options."

He left the Banks's in 2004 to join West Ham, and after spells at Colchester and Tottenham, he returned to the Saddlers in 2010.

However, he has found himself behind loanees Karl Darlow and Ian McLoughlin in the pecking order this season and has made the decision to leave the club.

"I wish the club all of the best in the future - we have a young and exciting team at present and the future looks bright," added Walker.

"Most of all I would like to thank the supporters who have taken me in as one of their own and made my time here something I will never forget."