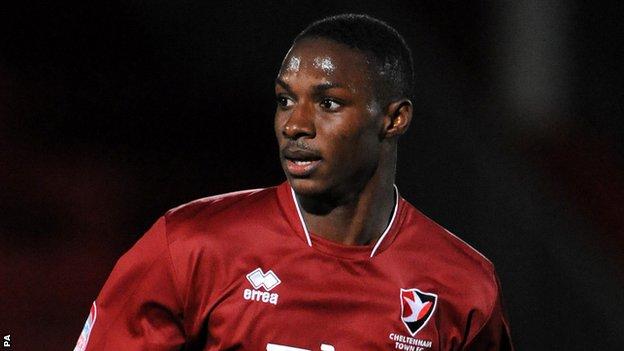 The 20-year-old, who came through the youth ranks at Queens Park Rangers, has only made 11 appearances since moving to League Two side Cheltenham in 2011.

"We need some pace and Bagasan certainly gives us that," said new Telford manager Mark Cooper.

"He's quick, direct and left-footed. It's what we need. A little bit of pace to carry us up the pitch a bit more."

In the wake of last weekend's 2-1 home defeat by Cambridge, Telford have now gone 17 matches without a win and this Saturday travel to Blue Square Bet Premier leaders Grimsby Town.