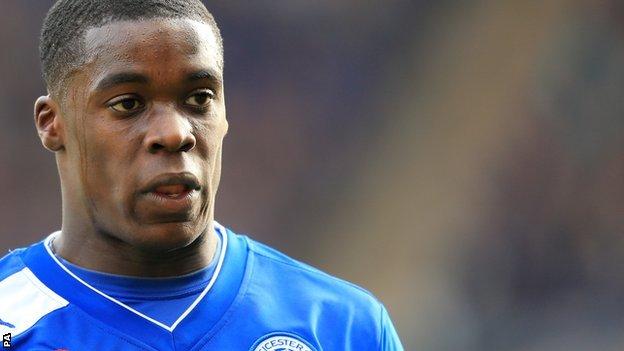 Leicester City manager Nigel Pearson has refused to rule out the possibility of Jeffrey Schlupp joining Manchester United on a permanent basis.

The 20-year-old Ghana international has had his trial spell extended into a third week.

He is mainly known as a striker but has been used at left-back and has played in defence while at Old Trafford.

Asked whether Schlupp may sign for the Premier League side, Pearson said he "didn't know at this point".

Pearson told BBC Radio Leicester: "He's still at Man Utd. It's as it was.

"It's an arrangement between the two clubs and Jeff is enjoying himself there. Both clubs are happy and we will see where it takes us."