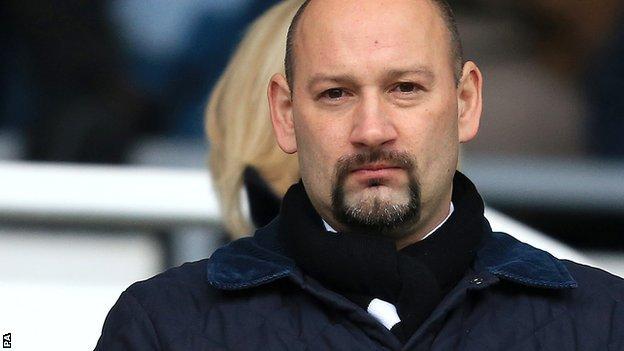 Derby County chief executive Sam Rush has said the January transfer window has proved that the Rams are not a selling club.

Derby managed to hang on to prize assets Will Hughes and John Brayford despite interest from several clubs.

Rush told BBC Radio Derby: "It's important you hold yourself in the right way in a January window.

"If we had showed any weakness at Derby we would be players light. We didn't and that's why we kept our players."

Rush said Derby, who lie in ninth place in the Championship, received no official bids for their players.

But he maintains that it is because they made it clear they were not looking to sell - despite a near £8m loss for the last financial year and reports that the club are struggling financially.

"Derby are not a selling club and we will not sell unless we absolutely want to," said Rush, who has previously denied reports of a shortfall in the Pride Park budget.

"I can say things and people will agree or disagree but then they can look and see what happens and see it's the truth.

"There were lots of agents in the background looking and testing and seeing if they could see any weakness and whether our public statements were right or not.

"The squad is in a good place. To look back on a January where we kept John Brayford and Will Hughes and kept the squad intact is a huge positive.

"The policy Nigel Clough has followed in the past I think has been sound; wait until the loan window at the beginning of February and look to see who is available. We don't have to pay big prices and we can work out who to bring in.

"I think we had a good summer window and I think where the squad currently sits is reflective of that."