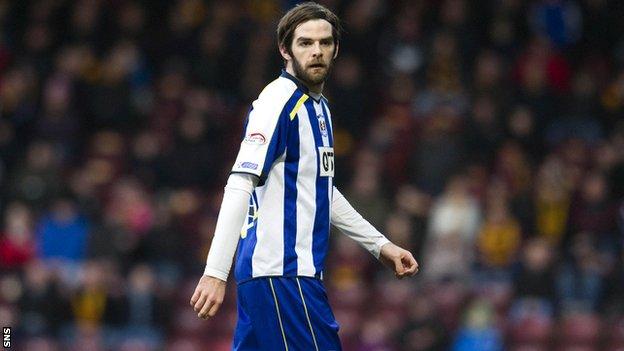 Striker Cillian Sheridan could be out for six weeks with a hamstring injury, further stretching Kilmarnock's squad.

"Cillian is going to be out for at least a month, possibly four to six weeks," said club manager Kenny Shiels.

"When you lose six players in the transfer window, then lose your top goalscorer through injury, it's a big hit to try and sustain the challenge against the big clubs."

Sheridan signed for Kilmarnock in September after leaving Bulgarian side CSKA Sofia.

The striker has scored 10 goals so far this season but was withdrawn injured at half-time against Inverness CT on Saturday.

Michael Nelson, Liam Kelly, Lee Johnson, Gary Harkins and Rory Boulding all left Rugby Park during the January transfer window, while Gary Davidson and Ross Fisher are out on loan at Airdrie United and Hamilton respectively.