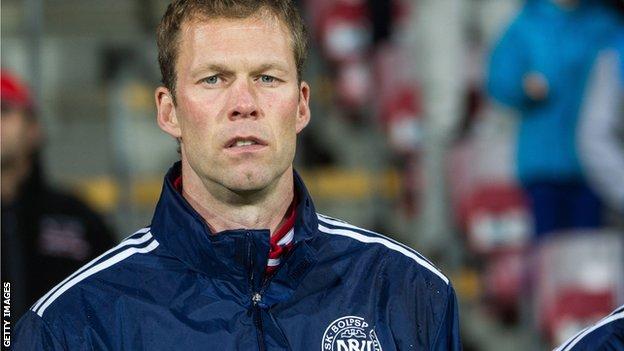 Wieghorst, 41, will leave his current position as Denmark Under-21 manager, but will return to take charge of two of their games in March.

Laudrup already has Erik Larsen and Alan Curtis working alongside him.

Wieghorst, who played with Laudrup for Denmark, won the Danish Cup as manager of Nordsjælland in 2010 and 2011.

Towards the end of his playing career, he was one of the first players signed by Laudrup when he took over as manager of Brønby, playing a pivotal role in the club's league and cup success in 2005.

Wieghorst has signed a contract until June 2014, but his arrival at Swansea will not trigger any departures.

Meanwhile, Laudrup has insisted there is no urgent need for him to extend his contract at the Liberty Stadium.

The 48-year-old has been suggested as a managerial candidate for Real Madrid and Chelsea after excelling in his first season in charge in south Wales.

"I think for me the present is more important than the future, we have so many things coming up now and I already have a contract for next season so it is not urgent for me," he said.

"We have some very important things to deal with right now. I am talking to the chairman a lot of times every week and we talk about a lot of things."