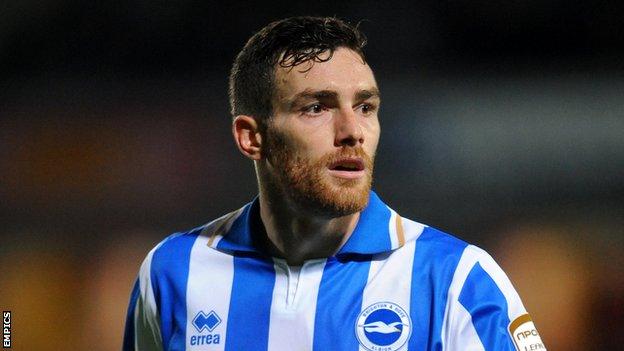 Leyton Orient have completed the signing of former Brighton and Dagenham utility man Romain Vincelot on a deal until the end of the season.

The 27-year-old, who can operate in defence or midfield, was released by the Seagulls last month.

O's boss Russell Slade told the club website: "Romain is a great signing for us, he has an excellent attitude and will give us versatility.

"He's got good experience and he can score goals too."

The Frenchman moved to England in January 2010 when he joined Dagenham & Redbridge.

He left for Brighton in the summer of 2011 and made 20 appearances in his first campaign at the Amex Stadium.

However, Vincelot did not feature for the Albion this season and went on loan to League Two side Gillingham, where he scored once in 11 appearances.

"I've admired him for a while since his time at Dagenham & Redbridge," Slade added.

"If he impresses during the time he is here then we will do all we can to keep him at the football club.

"We are starting to get some depth in the squad and with players coming back from injury we are looking strong for the final third of the season."