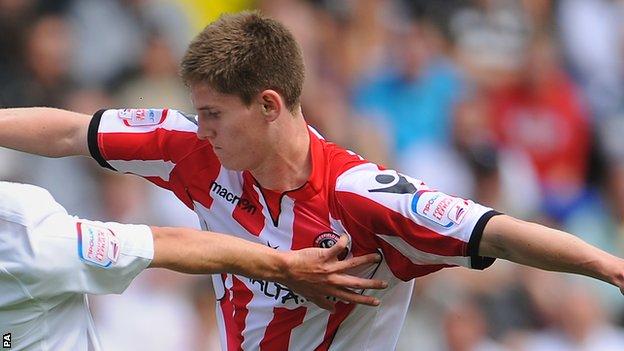 Coventry City have signed free agent Danny Philliskirk on a short-term contract until the end of the season.

The 22-year-old, who was released by Sheffield United in January, had been on trial with the Sky Blues.

The former Chelsea youth team captain only played five times for the Blades after joining them permanently in 2011.

"This fits into our policy of trying to develop younger players who can step through to the first team," said Coventry boss Mark Robins.

"We will assess the situation at the end of the season, while giving Danny the opportunity to earn himself a longer-term contract."

He is the son of much-travelled former Sheffield United and Bolton Wanderers striker Tony Philliskirk, who is currently caretaker manager at Oldham.