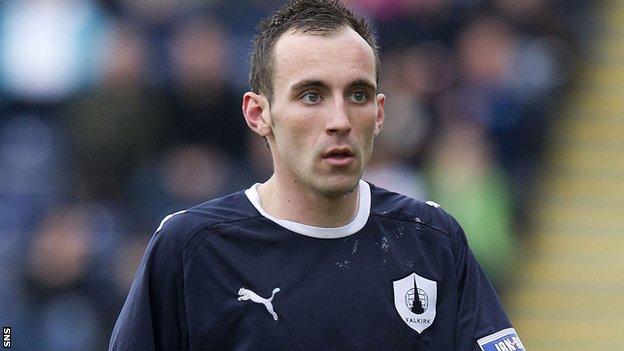 The player was a product of Falkirk's academy, which, under Fifa directives, meant the club were due a training fee.

But an anomaly in the striker's birth-date, and differing registration procedures in Scotland and England, made Bradford contest that duty.

The Yorkshire club have 30 days in which to make the payment.

We always believed we had a strong case

Bradford also have 10 days to decide whether to appeal Fifa's decision to the Court of Arbitration for Sport.

Falkirk chairman Martin Ritchie told the club's website: "We always believed we had a strong case.

"But it has taken a lot of hard work from people in and around the club to get this result and they should be applauded for their tenacity and efforts.

"And of course, financially, it is a tremendous boost."

The amount converts into approximately £213,000.

After his move in July 2011, Stewart played 15 times for the Bantams before spending the second half of 2011/12 season at Hamilton Accies.

The 24-year-old was released by Bradford in the summer and signed for Scottish Premier League side Dundee in August.