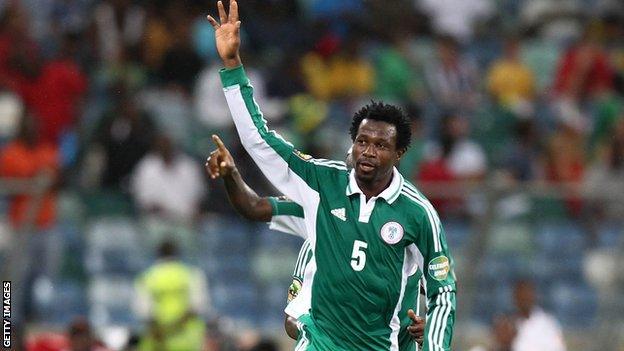 Former Celtic captain Tom Boyd would have no concerns about Efe Ambrose playing against Juventus on Tuesday.

Ambrose should play for Nigeria in the African Cup of Nations final on Sunday, only 48 hours before Celtic face Juve in the Champions League last 16.

These boys are fit lads these days

"These boys are fit lads these days," said Boyd. "As long as he's not over-celebrating if he wins the competition.

"There's a long journey involved as well but it just depends on how he's feeling."

Boyd, who made over 300 appearances for the Hoops, added: "I think he's an important player to the team.

"But Neil has cover now, which is something he didn't have before."

Current Celtic defender Kelvin Wilson has no doubts it is a game Ambrose will be desperate to feature in - no matter how tiring his exploits have been in South Africa.

"I imagine he'd want to play because obviously it's a massive game - what footballer wouldn't," Wilson said.

"I think that's down to the gaffer to decide that."

Neil Lennon will breathe a sigh of relief that all Celtic's other players involved in international duty earlier in the week came back free of injury.

Lennon reported a healthy squad and tweeted on Thursday: "Looks like all the internationals have returned unscathed... thankfully."