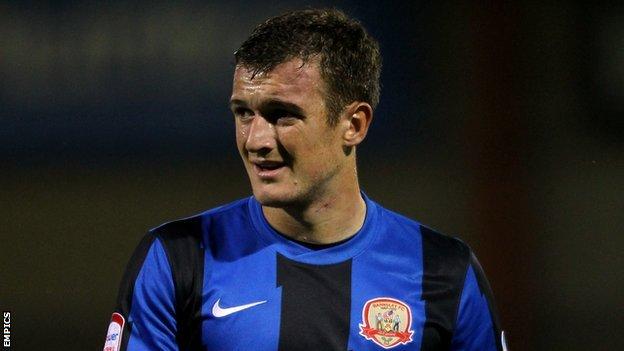 Northampton have signed defender Lee Collins on a deal until the end of the season after his release by Barnsley.

The 24-year-old has been a free agent since leaving the Tykes last week.

"I like Lee and I think if you are going to be successful, then you have got to get players in who are better than the level that you are at," boss Aidy Boothroyd told the club website.

Joe Widdowson has been one of Northampton's best players this season at left-back, but he has not had much competition for his place. Collins has the pedigree to challenge him.

"Lee certainly is that and he played for us in a reserve team friendly at Stoke in the week."

Collins, a centre-half who can also play left-back, made seven appearances for Barnsley during a loan spell last March, but failed to feature again after signing permanently in the summer.

He has spent time at Shrewsbury this season, making 10 appearances.

Boothroyd added: "I am delighted we have been able to bring him in.

"He is a good defender, he can play in more than one position, he has a fantastic attitude and we had to fend off a number of clubs to sign him. I am delighted he is here."