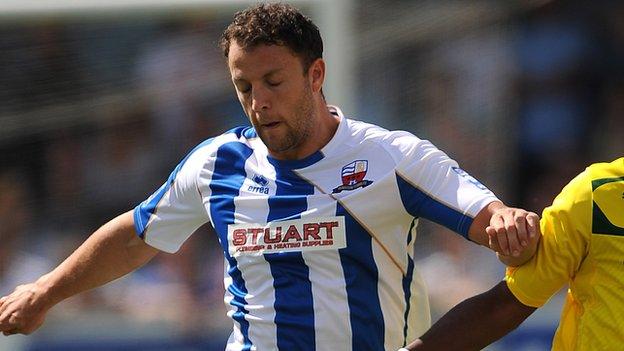 Tamworth have re-signed former striker Kyle Perry from Nuneaton Town on an extended emergency loan deal until the end of the season.

The much-travelled 6ft 4ins target man, who spent last season with Lincoln City and AFC Telford United, moved to Nuneaton in the summer.

But he has so far failed to find the net this season, either for Boro, or during a two month-loan at Hereford.

Perry could go straight into the side for Saturday's trip to Newport.

The Birmingham-born striker, who hit 17 league goals in his previous season with the Lambs two years ago, has been brought in following long-term injuries to Peter Till and Scott Barrow.

He is the second signing made by new Lambs boss Dale Belford following the arrival of fellow striker Darren Byfield last month.