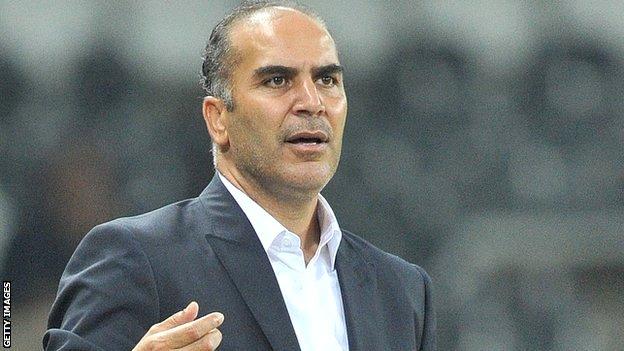 Tunisia coach Sami Trabelsi has quit following his team's failure to progress past the Africa Cup of Nations group stage.

The Tunisian Football Federation (FTF) said it had accepted a request from the 45-year-old coach to terminate his contract.

The Carthage Eagles finished third in Group D behind Togo and ahead of North African rivals Algeria.

Three possible candidates have been identified as Trabelsi's successor.

The three are Nabil Maaloul, who led Esperance to the African Champions League title in 2011, Khaled Ben Yahia and Maher Kenzari.

The FTF said a decision would be taken in the coming days, after the leading candidates had been interviewed.

Tunisia started well in South Africa with a 1-0 win over the Desert Foxes, before defeat to group winners Ivory Coast and a 1-1 draw with the Togolese consigned them to an early exit.

Trabelsi - who was appointed coach in March 2011 - had led the Carthage Eagles to the last eight at last year's finals in Equatorial Guinea and Gabon, before being knocked out by Ghana.

He becomes the first coaching casualty of this year's Nations Cup finals.