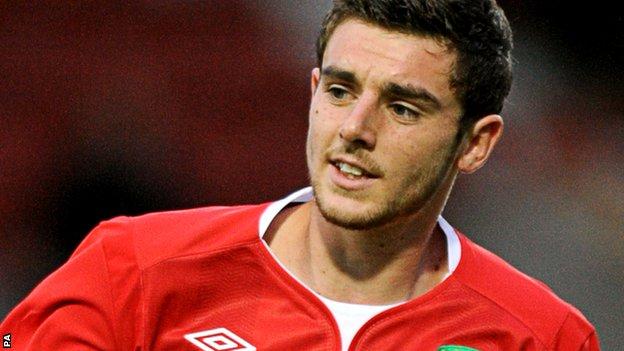 Wrexham defender Daniel Alfei will be out for up to four weeks after suffering a hamstring injury.

Alfei, on loan from Swansea, suffered the injury during Wrexham's 0-0 draw at Forest Green Rovers on 2 February.

"It's a bit of bad news but it gives somebody else a chance to come in and stake a claim for a place," Wrexham player-boss Andy Morrell said.

Wrexham reached agreement with Swansea in January to extend Alfei's loan deal until the end of the season.

Morrell said he is hopeful defender Mark Creighton will return to first-team action before the end of the season.

Creighton has been out since last August after suffering a serious knee injury in the draw at Ebbsfleet.

"He's ahead of schedule and he may get a game or two at the end of the season depending on how his rehab goes.

"That's a massive bonus for us. He's been a big miss for us this year."