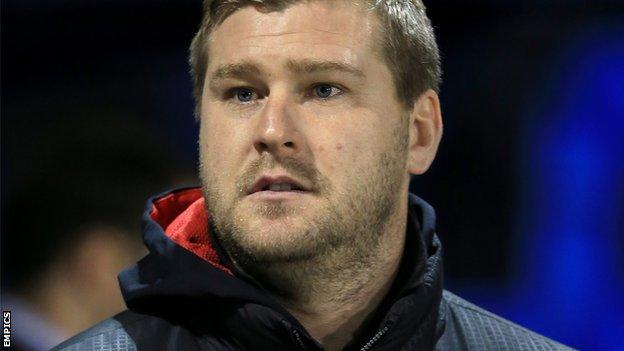 MK Dons do not have a problem with player discipline, according to manager Karl Robinson.

The Dons had Antony Kay and Ryan Lowe sent off in the last two games and have received a total of six red cards in all competitions this season.

"We've not got a discipline problem," Robinson, whose side are winless in four league games, told BBC Look East.

Seeing red in League One

"We're actually one of the lowest for fouls in the Football League. And yet referees keep sending us off."

Kay was dismissed for violent conduct against Yeovil and is serving a four-match ban as it is his second sending off of the season, while Lowe was shown a red card for a dangerous tackle in last Saturday's loss to Bournemouth.

The Dons, who had four players dismissed in the first four games of the season, have received one red card fewer than Notts County, League One's worst offenders, but in terms of the number of fouls committed, their total is the fourth lowest in the division.

"The Ryan Lowe one was despicable and not to be accepted ever," said Robinson. "If kids are watching, learn lessons from Ryan Lowe. That is not something you do as a footballer. It's not a good quality to have.

"He's a good lad. It's just a moment of madness.

"The other sending off [Kay's] was an embarrassment to the officials."