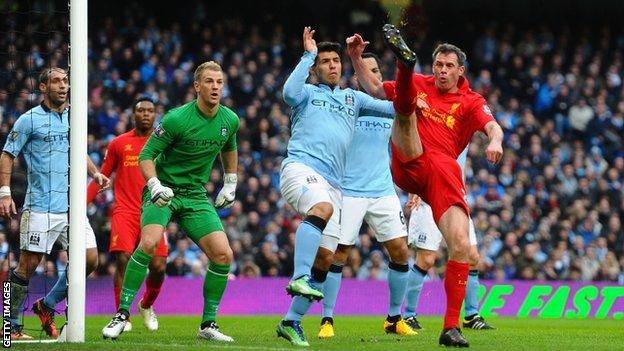 The Premier League announced this week that its clubs will be punished with a points deduction if they breach new spending controls.

They have been asked to reduce their losses and expenditure on wages in order to improve financial sustainability.

Having made cumulative losses of £361m in the 2010-11 season, English football's top tier, with recent pressure from the government, believes that such measures are necessary.

Some of the managers of the 20 clubs that make up the Premier League have given their thoughts on the new controls:

"I personally am for financial fair play in the way that companies and clubs manage with their own resources.

"For the rest I am for freedom, how you use your resources inside the club. I am not in favour of a Brussels-type of society with centralised control with complicated rules.

"I believe every company should live within its own resources. For the rest, leave it to the company to manage their company how they want to do it.

"It is nonsense because we live in a world where, if you look at Europe, most of the countries are in a very difficult financial position and I believe the minimum we can do in our world is respect the financial balance."

"It's all good in theory but the application of it will always be difficult. If people have money to burn they can place it anywhere in the world.

"I'll be interested to see how they think they can operate it. It would be good if it was applicable but I have my doubts. I think it's always going to be a problem to try to enforce it."

"If a rich man wants to spend all of his money on his team he should be able to. I do not agree with this rule. This rule maybe makes it more difficult than years ago.

"We are lucky we can spend money for good players, but in football if you work well you can find good players without spending £30m for one player.

"Other rules are needed to stop clubs selling players who should be £10m, but for Manchester City it's £30m.

"If clubs don't have a lot of money to spend, they will spend £8m on a player, but if Man City move [for that player] the club can ask for £25m. But there are players and it's important we work well in February, March, April to find them."

"If Uefa is doing the same, I think it's good. At the end of the day, you do things in the right way, it will be positive. Stability of the clubs is a key issue.

"The experience in Spain, for example, with loans and how they go into administration, it's a big mess.

"If you can avoid these things then I think it's much better."

"We have to have competition. We have to make sure we give everyone the chance to compete. Of course, we don't want overspending - this is the last man and the last club to ask about overspending.

"I don't think it is the right way, but there again, I think we have to be careful that we don't stop people coming into the game who could help to push the game forward.

"I want to be given every opportunity to try to get to the top of the league with Everton. I hope this won't stop me doing that."

"Like everything else it will probably start and we will have some flaws and if they get adjusted and amended as we go along that is fine.

"We will all have to try and live with what the new regulations will be when they are put in place. My only fear, from a personal point of view, is I hope we don't lose our best players."

"Once it is set in stone then people can say whether it's good or bad.

"The Premier League is a vast football league and a business and you can't blame the players.

"Is the money crazy? Yes, it probably is. It's the way football is and the game is, it's not the fault of the players."

"We certainly wouldn't want to see one or two clubs that have a lot more financing than anyone else run away with it.

"We have seen it over the last couple of years - and in particular the last year or so - clubs we would consider to be massive institutions in the game going bankrupt and struggling.

"That is certainly not something we want to see.

"I read something that this club even a few years ago could have gone to the wall because it was struggling financially and that is unheard of at a club like this."