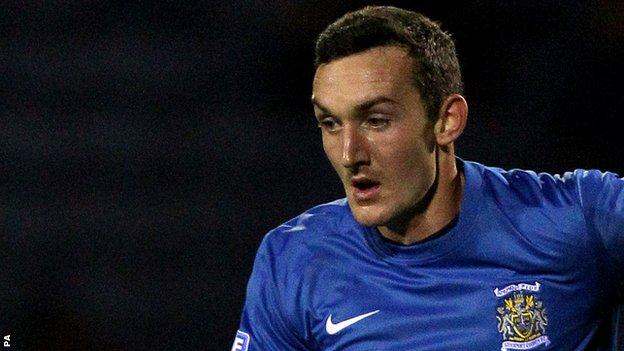 Lincoln City have signed Stockport County striker Craig Hobson on loan until the end of the season.

The 24-year-old has scored six goals for the Hatters since signing last summer, including against the Imps in a 3-3 draw at Sincil Bank in October.

A clause in his loan deal means he will not be able to face his parent club at Edgeley Park on 12 February.

"It is really a case of making sure we have enough cover going into the last few months of the season.

"Craig has performed very well and we're quite lucky to have him.

"I think everyone would say that he is one of Stockport's better players so it's nice to have a bit more firepower."