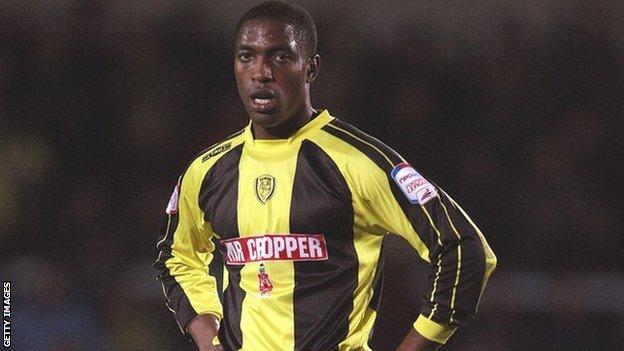 Kidderminster Harriers have signed Grimsby Town striker Greg Pearson on loan for the rest of the season.

Jarvis is also contracted to stay at Aggborough until the end of the season, while Morgan-Smith has been signed on a month's loan and Jackman has arrived in Worcestershire on an 18-month deal.

But he has not hit the back of the net for Grimsby since 27 August, having made just seven league starts for the Mariners this season - and he has been allowed to join one of their promotion rivals.