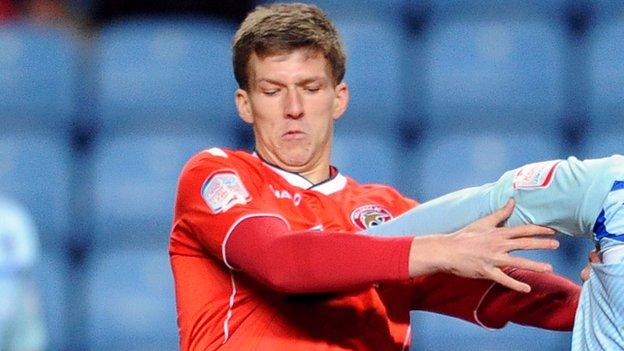 The 21-year-old has had to wait for his chance at Bescot after arriving from West Bromwich Albion in the summer.

But he has been a regular throughout the run of seven wins in nine games which has lifted Walsall to within four points of the League One play-off zone.

"He's been an important part of the team during our winning run. He's excellent to work with," said Smith.

"Paul has really impressed me during his time here and I'm delighted he's committed himself to the club.

"He's had to bide his time, but stepped up when called upon and has done very well for us.

"Paul has come from really good stock. He was brought up the right way at Albion. His attitude and hunger will stand him in good stead for the future and I look forward to overseeing his continued development."

He is the nephew of former Wolves midfielder Keith Downing, who helped to oversee his development coming through the ranks at The Hawthorns.

Downing follows the lead of full-back Andy Taylor and winger James Baxendale over the last month in agreeing a new deal.