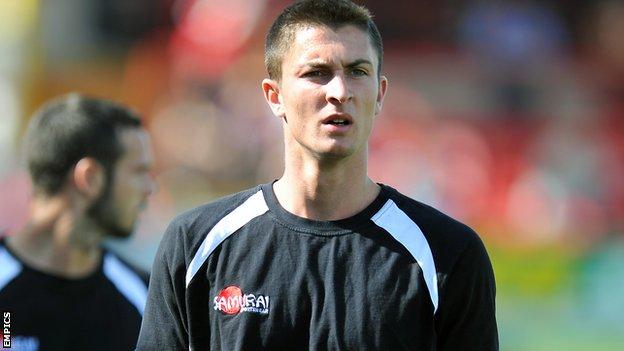 The 21-year-old could make his debut in Saturday's game at Mansfield Town.

after being released by Bolton Wanderers last summer and has made four appearances for the League Two outfit.

He also had a but featured just twice as a substitute for the Hatters.