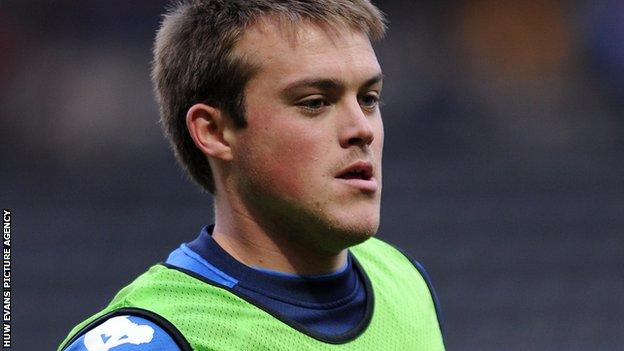 The ex-QPR, 25, player recently joined Newport from Farnborough on a short-term deal until the end of the season.

Donnelly struck within the opening 30 seconds of Newport's home 2-2 draw with Tamworth.

"I think that was the only opportunity I got but hopefully when I get up to match fitness there will be more goals," he said.

"I was in the car and said that I'd never scored on my debut at any club I'd been at. To get one after a quick time was nice.

"I had the freedom to push on and hopefully if I can keep getting into the box there will be more goals.

Newport were leading 2-0 with 16 minutes remaining through Donnelly's early goal and a second from Byron Anthony.

Referee Kevin Johnson adjudged Ismail Yakubu to have handled the ball and Adam Cunnington scored from the spot in the third minute of stoppage time.

Donnelly felt aggrieved by the decision, which denied Justin Edinburgh's promotion-chasing side all three points.

"It's one of them things but it's disappointing because it's cost us two points.

"We had other opportunities to score but without that decision it would have been 2-1 to us."

Newport are fifth in the Blue Square Bet Premier, eight points behind leaders Grimsby, but with two games in hand.