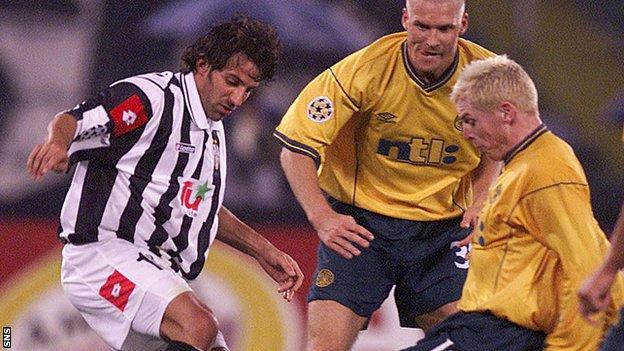 When Juventus take to Celtic Park on Tuesday, it will be the Italians' third competitive visit to the east end of Glasgow.

The teams have served up some thrilling tussles.

In 1981, Celtic narrowly lost out on aggregate to a Juve outfit that included Liam Brady, who would go on to manage the Parkhead side in the 1990s.

Twenty year later the sides played two cracking matches in Glasgow and Turin in the group stages of the Champions League.

To the previous encounters, then, in more detail:

Roared on by a typically vociferous crowd, Celtic took the game to Juventus, seeking an advantage to take to Italy for the second leg of the European Cup first round clash. 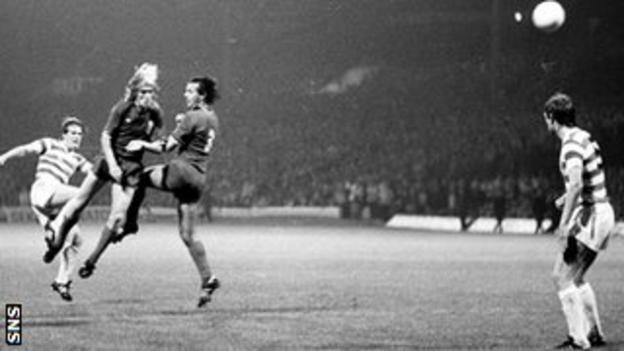 With Roy Aitken and Murdo MacLeod turning in shifts packed full of industry and aggression, Tommy Burns rose to the occasion in a midfield duel with Brady.

A Juventus side that would provide the backbone of the World Cup-winning Italy team in the following year, were content to sit back and absorb Celtic's attacking thrusts.

The breakthrough came on 66 minutes when a shot from Aitken was blocked into the path of MacLeod and the BBC Scotland pundit hammered in a deflected strike from the edge of the penalty area.

MacLeod recalls: "Similar to the game on Tuesday, going into that game back in '81 Juventus were one of the best teams around.

"Players such as Claudio Gentile, Liam Brady and Roberto Bettega had a fantastic reputation. I mean, many of them went on to win the World Cup.

"We just knew it was going to be a special night if we could get anything from them.

"Their defence was top quality, though Gentile didn't live up to his name - he battered Frank McGarvey off the ball! The big talking point in the lead-up to the game was Brady coming to Celtic Park."

A Celtic defence that included future Everton boss David Moyes deputising for the influential Danny McGrain was under the cosh for long spells in Turin. 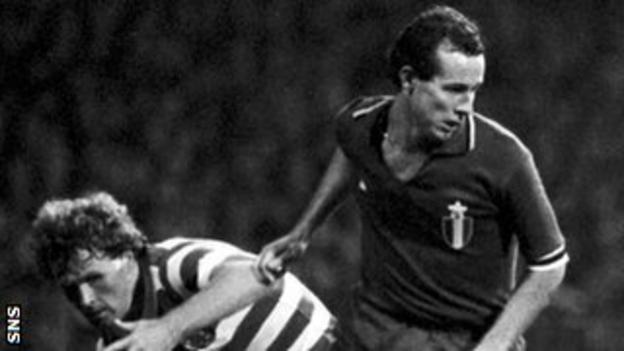 And, despite the heroics of a fresh-faced Pat Bonner, Juventus were able to overturn the first-leg deficit and progress.

With Brady pulling the strings, first-half goals from Antonio Virdis and Bettega were enough to edge Celtic out as Bonner made a string of excellent saves.

An away goal would have been enough to get the visitors through but strikers McGarvey and George McCluskey were well shackled by the likes of Antonio Cabrini and Gentile and afforded few chances to test the great Dino Zoff.

"It was a very aggressive atmosphere," said MacLeod.

"I can remember the flares being thrown and the bangers going off. It was very hostile, whereas our atmosphere at Celtic Park was loud but more friendly.

"We had to make our way out of this long makeshift tunnel and the fans were banging on it.

"Of course, it was up to us to cope with that and play the game but we couldn't put enough pressure on Zoff and we went out."

Celtic were cruelly undone by a controversial late penalty on their debut in the Champions League group stages. 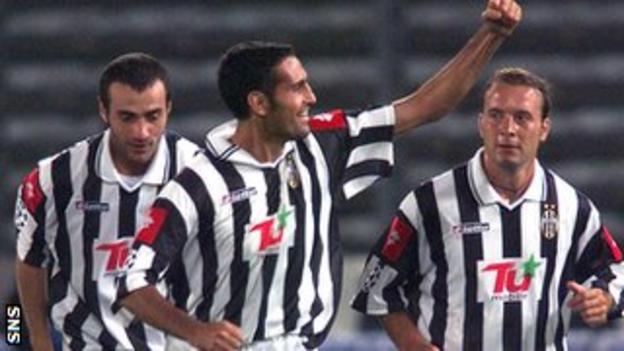 Two goals from French striker David Trezeguet appeared to have put Juventus on their way to victory in Turin.

But Celtic hit back through a deflected Stiliyan Petrov strike and a Henrik Larsson penalty after Edgar Davids had been sent off.

But Joos Valgaeren was ruled to have pulled down Nicola Amoruso two minutes from the end and the midfielder rose to slot the ball home from the spot.

Celtic manager Martin O'Neill was so upset by the decision he was sent to the stand for his complaints.

Current Hoops boss Neil Lennon, then a Celtic player, said at the time: "From where I was standing, it was an innocuous ball into the box and going out of play.

"The guy has just taken a dive and the referee has been suckered really.

"We had so many chances and Juventus were on the back foot for most of the second half.

"But everyone is absolutely devastated at the moment."

Two spectacular strikes from Chris Sutton and a virtuoso performance from veteran Lubo Moravcik inspired Celtic for what would be an heroic exit from the Champions League. 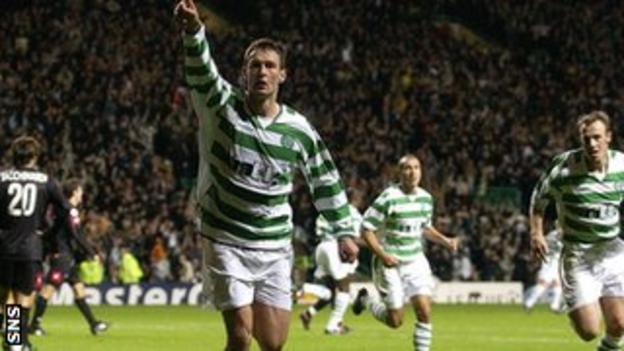 A hugely exciting victory was not enough to prevent the Scots missing out on qualification.

But it gave manager O'Neill even greater heart for the campaign to follow after their third place in Group E ensured Celtic a place in the Uefa Cup draw.

Juve took the lead through Alessandro del Piero before Valgaeren and Sutton put Celtic ahead for the first time.

Substitute Trezeguet equalised after the break then Henrik Larsson's penalty and a beautiful volley from Sutton put Celtic in the driving seat before the Frenchman pulled one back for the Italians.

"The game itself was fantastic and Chris Sutton was particularly brilliant that evening," O'Neill told BBC Scotland ahead of Tuesday's match.

"He absolutely rose to the occasion and really played magnificently - as did the team.

"The atmosphere was fantastic and of course, Juventus, with just their very name brought something to the game.

"A great occasion, and I think it'll be exactly the same again."