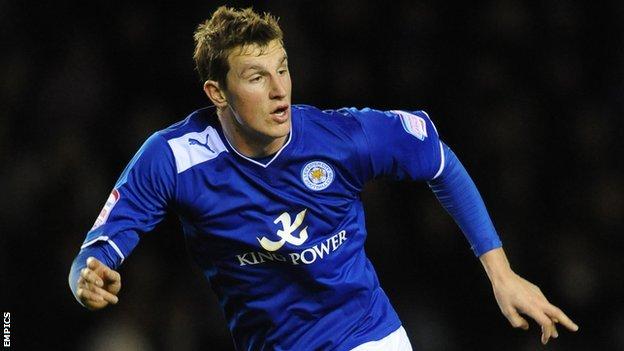 The 21-year-old, who has scored seven goals in his six games for the Foxes, was not involved at London Road.

And Pearson had to be pushed for information on the nature of the forward's problem.

"It's around his knee area. But I don't think I need to go into details on that," he told BBC Radio Leicester.

Leicester sorely missed Wood, a January signing from West Brom, after failing to convert their chances in the 2-1 loss to the Championship's bottom side.

The frontman, who scored 11 from 19 outings while on loan at Millwall earlier in the season, has been in superb form since switching to the King Power Stadium and Leicester have won all four of the Championship games the New Zealander has featured in.

"He's just got a knock in training. It's his lower limb and hopefully he will be OK," said Pearson when asked about the injury.

"He's not going to be out for too long and hopefully will be back very soon.

"He was a big loss but we should still win games like today. We've had enough chances and we didn't take them."