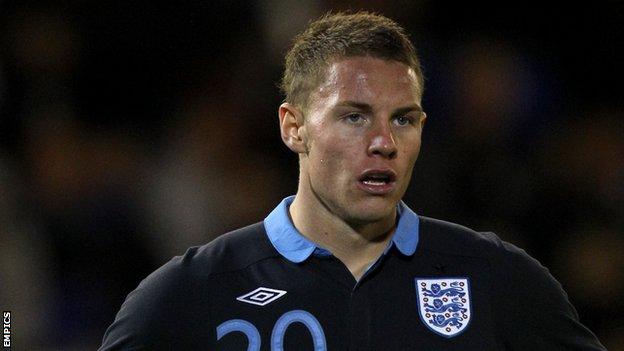 Manager Dave Jones threw Wickham into the fray after just half an hour during a game which saw the Owls come back to secure a 2-2 draw.

Wickham, 19, told BBC Radio Sheffield: "I wasn't expecting to go on so soon but we showed a lot of character.

"Now my focus is totally on playing more games for Sheffield Wednesday."

The move came to the Premiership and maybe it didn't work out quite as well as I'd hoped straight away, but now I feel I'm fitter and stronger and hopefully I can kick on

The England Under-21 international admitted life had been hectic since he first heard Sheffield Wednesday wanted to sign him on loan on Friday morning.

Wickham said: "I spoke to the gaffer [Sunderland manager Martin O'Neill] on Friday morning and he gave me confidence in the move - he said he wanted me to get match experience and games.

"I travelled down and then met the boys here on Saturday morning and then it was straight into the match.

"So I feel I've settled in already, especially after the game. I'd done a bit of jogging when I was told I was going on, and it was down to me to justify the faith being shown in me."

The former Ipswich forward, who moved to Sunderland for £8m, said talking to Jones had helped convince him that stepping down into the Championship on an initial one-month deal was the right thing to do at this stage of his career.

"He [Jones] he told me everything I needed to hear," Wickham continued. "He showed he had belief in me.

"In the summer I have a tournament for England [the UEFA Under-21 European Championships] so I need games and hopefully I'll get them here.

"While I'm only 19, I feel like I've been around for a long time. I made my debut just after turning 16. The move came to the Premiership and maybe it didn't work out quite as well as I'd hoped straight away, but now I feel I'm fitter and stronger and hopefully I can kick on.

"As far as I'm concerned it's a shame there is no game next week, because I want to play as much as I can, but it does mean I can get to know the lads and the staff and the club a bit more."