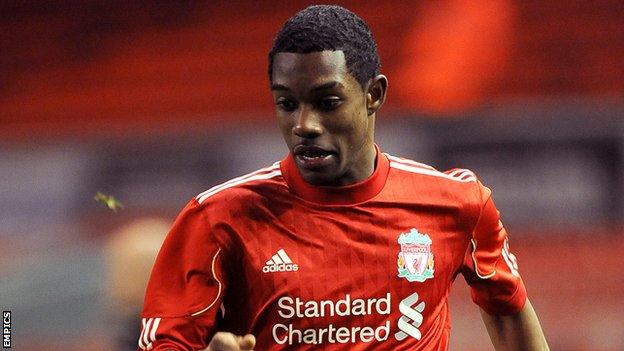 The 20-year-old scored his first goals in English football, having in the

"Hopefully it'll give him more confidence because he's got some really good attributes to his game," Sheridan told BBC Radio Devon.

"We worked our socks off to get the result so I'm really pleased."

The victory, which was only Argyle's third away from home all season, moved them two points clear of the relegation zone.

Banton has started the last two games for Plymouth - the first time the former Tottenham, Arsenal and Liverpool youngster has begun a Football League match.

"The first goal was a good strike from Jason," said Sheridan.

"The second one was great counter attack - Rueben Reid did brilliantly and Jason's first touch and finish was brilliant.

"On the counter attack we could have caused them one or two more problems."

And Sheridan was quick to hail the 900 travelling Argyle supporters who made the four-hour trip to Hampshire.

"I cannot believe the support, they were a different class," he said.

"To come down in those numbers when we're in the position where we are, they're a great credit to the club."