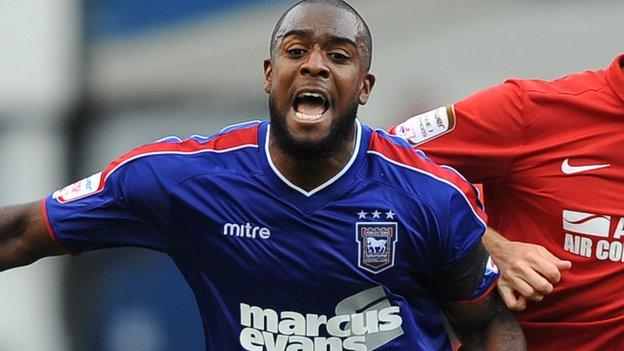 Crewe are contemplating the possibility of offering a contract to much-travelled striker Nathan Ellington.

Ellington, 31, who has three times made seven-figure moves in a 14-year professional career, has been without a club since having his contract cancelled at Ipswich on deadline day.

He is training at Crewe and is due to feature in a game as a triallist.

"We never turn anybody away.

"He asked to come here and we're prepared to take a look."

Ellington is scheduled to figure as an over-age player in the Alex's Under-21 League fixture against one of his former clubs Derby County at the club's Reaseheath training ground on Monday.

The Bradford-born forward has hit 144 goals in 329 career appearances and 168 as a substitute, since first making a name for himself at Bristol Rovers.

After a season-long loan at Derby followed by another at Preston, he left Watford for Ipswich in the summer of 2011. But he has made just one league start in 18 months at Portman Road, was allowed out on loan to another League One side Scunthorpe in November - and has not scored since April 2011.