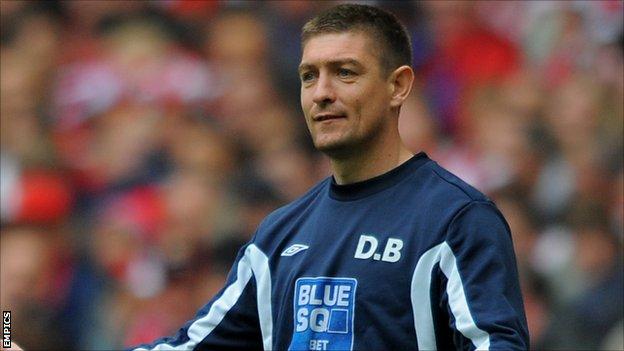 Barrow manager Dave Bayliss has said inexperience was a crucial factor in Saturday's 8-1 thrashing at the hands of Mansfield Town on Saturday.

The Bluebirds started with eight players aged 23 or under at Field Mill, with Gavin Skelton the only player over 30 to feature in the defeat.

"You could see the age of some of our lads. They were scared, it was hard for them," Bayliss told BBC Radio Cumbria.

"We have to draw a line underneath it and move on."

Bayliss added: "They were a team of men, the size of them, and we knew before the game we were up against it.

"I felt a bit sorry for them - if I could have put my boots on again I would have."

The defeat leaves Barrow third from bottom in the Blue Square Bet Premier table, two points behind Gateshead but with the worst goal difference in the division of -26.