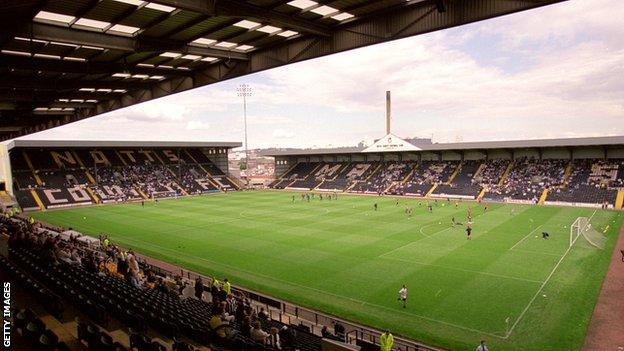 Notts County have had a winding-up petition brought by HM Revenue & Customs over unpaid monies dismissed by the High Court.

HMRC brought the petition over bills due on 19 December, 2012, but the case on Monday lasted less than a minute.

The club said they only found out about the case on Friday and insisted their finances were up to date.

"This action is regarded by the board as both disruptive and damaging," said a statement on their official website.

The Magpies also said they would move to recover their costs in addition to claiming damages "for the harm suffered by the football club".

"The club can state, unequivocally, that the business is completely up to date with all VAT and PAYE monies," the statement added.

HMRC said before the case was heard that it could not comment on the affairs of individual businesses.