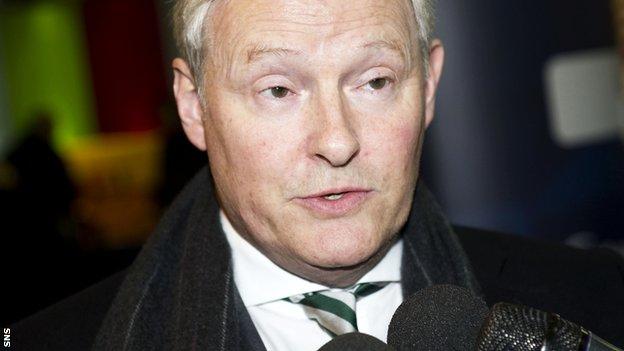 Celtic's Champions League run helped to increase profits for the second half of 2012.

Interim financial results show the club made a pre-tax profit of £14.94m, up from £0.18m on the previous year.

"The revenues generated by the team's success in Europe this year have significantly impacted our half year results," said chairman Ian Bankier.

Bankier said the positive figures had been posted despite operating in a difficult economic environment.

"Celtic's achievements, both domestically and in Europe, have had a similarly positive effect on merchandise and ticketing income, notwithstanding the current difficult economic climate," he added.

"The results on the park and additional matches produced an increase in operating expenses to £36.96m and our profit from trading, before asset transactions and exceptional operating expenses, was £14.94m - a significant uplift on last year's figure of £0.18m for the same period.

"As in previous years, we continue to make investments in the playing squad and support services.

"The management of the playing squad is an important aspect of our business model. In the period under review we invested £4.65m in strengthening the first team squad, and added to this in the January transfer window."

The chairman added that the club have "managed to strike a prudent balance between trading successful, valuable assets and retaining key talent to enhance our prospects of football success".