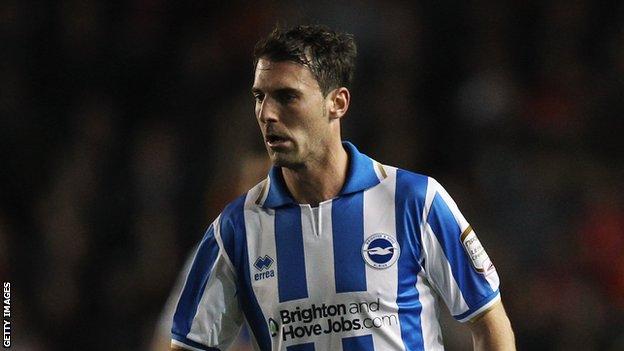 Crawley midfielder Matt Sparrow says he will try to pass on his experience to younger members of the squad.

The 31-year-old joined the League One side in the January transfer window after parting company with Brighton.

He told BBC Sussex: "Coming to this team, I've really got to roll my sleeves up and be a leader and make sure we get the best out of players.

"We've got loads of young players and some very talented ones. We've just got to become men instead of boys."

The Reds are now nine points of the play-off places following Saturday's 2-1 defeat away to Scunthorpe United.

Crawley had led in the match and Sparrow, who spent a decade playing for the Iron, says the side must learn from their errors.

"We were second to the ball all over the park," he said.

"It is not an easy place to go and they had their tails up after a win on Tuesday.

"Once we scored we kicked on for five or ten minutes and if we'd got the second we would have killed them off.

"But they got the goal, their confidence was high and we sat back deeper and deeper. They got the second and it was game over, really.

"We've got a young team and we've got to learn from games like this.

"We've got to try and focus on each game and try and get a few wins under our belt."