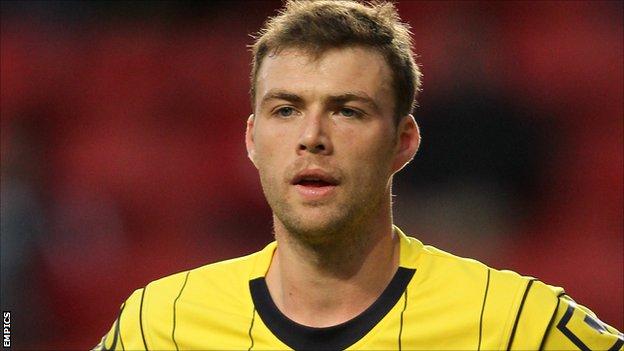 The 24-year-old scored his first goal in 14 months at Tranmere and followed that up with another in Saturday's home victory against Stevenage.

"It's great to be back playing again," Loy told BBC Newcastle.

"I'm just looking to kick on and play as many games as I can. You learn to appreciate just playing."

He added: "It's a short career and you have to just enjoy playing."

Loy's comeback has been carefully managed by United boss Greg Abbott, with months of rehabilitation before his return to first-team duty last month.

Recent matches have coincided with a return to form after a run of defeats at the turn of the year.

"I came back in against Crewe on New Year's Day, and adrenaline took me through that and I felt I made an impact, but Swindon brought me back down to earth," Loy said.