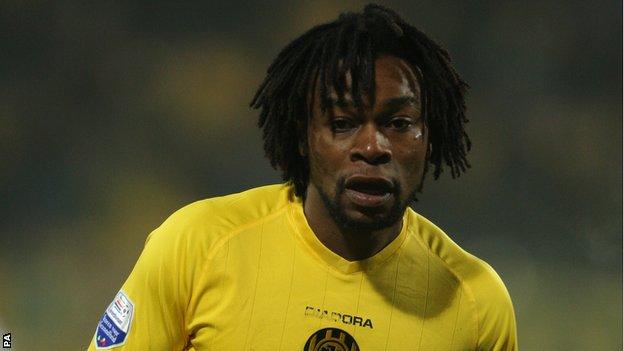 The DR Congo-born 27-year-old has signed after a three-week trial at the Shakers, who currently lie five points away from safety in League One.

He began his career at R Ans FC in Belgium, and scored in the Champions League in a spell at Club Brugge.

However, the striker has been available since his release from KVC Westerlo.