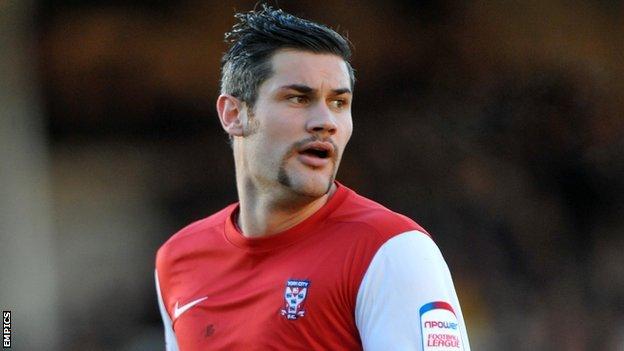 Cambridge United have signed York striker Jamie Reed on loan and left-back Joe Anderson from Billericay on a contract until the end of the season.

Former Wrexham forward Reed, 25, has also joined until May.

He scored 10 goals in 36 Blue Square Bet Premier games for the Minstermen last season and has 20 from 72 league appearances in total.

Anderson, 23, started his career at Fulham and went on to play 45 games in the Football League with Lincoln City.

"We made a late charge for the play-offs at York last year so hopefully I can help Cambridge do the same," said Reed.

"Jamie has the attributes to complement Michael Gash and Tom Elliott and is a proven goalscorer," U's director of football Jez George told the club website.

"We think he will be an excellent addition to the squad, will add to our fire power and be a player the fans will find exciting to watch."

George continued: "Joe has a good pedigree and is really hungry to get back into full-time football.

"As with a couple of other deals we have done since January, this is a good opportunity for us to work with him until the end of the season and for Joe to earn himself a longer contract."