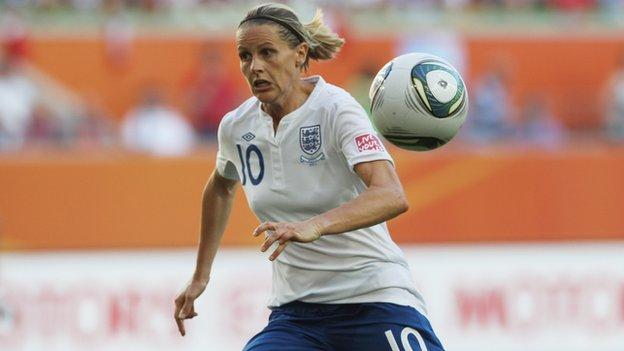 Kelly Smith and Rachel Brown are back in the England squad for next month's Cyprus Cup.

The duo missed England's last game against France through injury, but are named in a 22-strong squad by coach Hope Powell.

England face Italy, Scotland and New Zealand in the group stage of the tournament, which starts on 6 March.

Powell said: "If I compare this squad to five years ago, we've got a little bit more strength and depth."

The Cyprus Cup is a friendly tournament being held on the island featuring 12 countries from across the world.

Powell will use the competition to gear up for July's Women's European Championship finals.