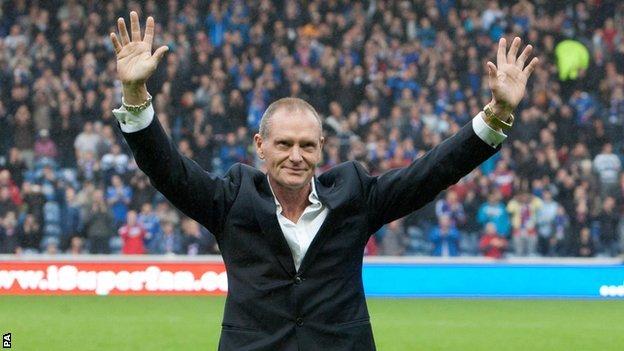 The former England star was admitted to intensive care at the weekend after suffering complications to his treatment.

Gascoigne, 45, has an on-going battle with alcoholism and was being treated in an Arizona clinic after a relapse.

BBC Radio 2 presenter Chris Evans, a close friend of Gascoigne, is leading the appeal for donations, with the FA and EFF donating £20,000 each.

"It is only right that the FA shows solidarity with Paul during this difficult time," Club England managing director Adrian Bevington said.

"The current England squad has been quick to support a player who inspired many of them to take up the game."

Manchester United and England forward Wayne Rooney added: "Paul Gascoigne was a hero of mine growing up and it's sad for everyone to see and read about.

"My best wishes are with him and hopefully he can get himself out of this."