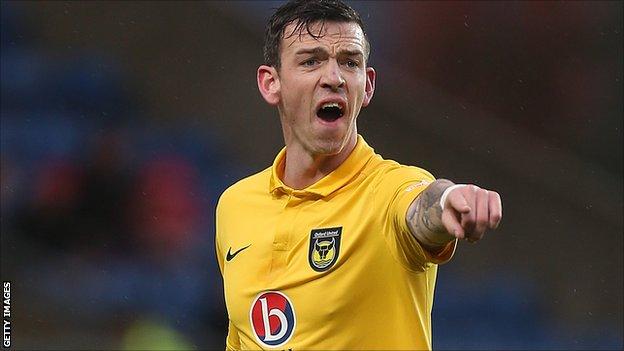 Oxford United defender Michael Raynes says the team have the talent and fight to keep their promotion chances alive.

The U's host Fleetwood at the Kassam Stadium on Tuesday and will start the match eight points outside the play off places in League Two.

But Raynes says there is no panic in the U's squad with 16 games to go.

"It's three games and three wins and we're back in it. The league is so tight, if you win a couple of games things change," he told BBC Oxford.

The U's have lost their last two games and are without a league win in three but Raynes has urged Oxford to stick to their principles in their remaining fixtures.

"We just have to carry on doing the right things and be as positive as possible and hopefully the cream will rise to the top," the 25-year-old said.

"You can panic a little bit too much. There are still 16 games to go and we're playing well but we're not getting results.

"But hopefully if we continue to play well everything will fall into place. As players you are more concerned if you are getting battered by teams.

"These things happen in football but you can't panic - you need to keep playing the right way and things will happen for you."